For decades, Pioneer Balloon Company has hosted the most innovative educational events for the balloon industry worldwide. This year boasted yet another original, affordable and exciting Qualatex event called “Balloon Wonderland.” Hosted in Orlando, Florida, from July 10 -16.

It started with a vision by Stuart Davies, CBA over a year ago, and grew into one of the largest balloon builds ever attempted! Assisted by LaDonna Belcher, CBA and over 350 balloon artists and participants who came from 19 different countries all over the world, they created a magical balloon experience to benefit the children served by the Give Kids the World Foundation of Florida.

They traveled far and wide both to share their special talents, as well as learn from others, pouring their hearts into the designs. So many precious details were packed into each of the sections that it's almost impossible to see them all! We can't thank them enough for their time and talents on this incredible experience!

Balloon Wonderland was a ginormous and magical walk-through display crafted from Qualatex latex, foil, Bubble Balloons, and accessory items, all accented with lighting and sound.  The seven themed areas were each based on a real-life venue in Give Kids The World (GKTW) Village, and covered the 25,000 square feet Windsong Ballroom of the Hyatt Grand Cyprus Hotel. 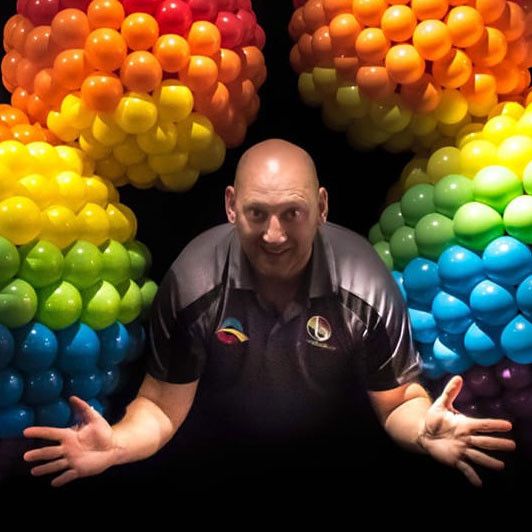 We gave the artists a vision - and about 90% was in the plan - but the team adapted during the week, based on what was needed near the end of the build... more characters, more details. It was exciting to see everyone learn from each other and learn different techniques!

I am so happy to have been involved with the artists - the twisters, the people who provide the details, along with those experienced in classic balloon decor. We brought together some teamwork that I have not experienced in the past. The team really took this project to heart and came prepared with the detail needed to complete the project on time. Thank you to Qualatex. They partnered with us - the balloon artists - and created an opportunity to really stretch ourselves and see what can be done.

At the end of the Build, it was handed over Give Kids the World Village (GKTW) for several days of fundraising activities.  This charity was specifically chosen for its sense of purpose and ability to bring joy to the lives of critically ill children and their families. The GKTW Village is an 89-acre, non-profit “storybook” resort located in Central Florida. The campus features 166 villa accommodations, unique entertainment attractions, whimsical venues, and fun activities for children of all abilities and their families. Give Kids The World Village has welcomed more than 177,000 families from all 50 states and 76 countries.

Participants left the week having worked hard, learned a lot, made new friends, and given a ‘huge’ charitable gift to a deserving organization. Read on to learn more about each of the seven themes throughout Balloon Wonderland, and how GKTW used the space to drive awareness and raise funds.

Thank you to our Sponsor

Premium-Conwin provided 142 inflation machines to make this huge build possible. Delegates were allowed to purchase the gently used machines at a discounted price after the event.

We were extremely proud to be involved in such an incredible event! This event was like nothing we have ever been a part of, and it was a special experience because it was all for the kids!

In addition to helping with this monumental build, these hard-working artists also passed their CBA practical exam while at Balloon Wonderland! 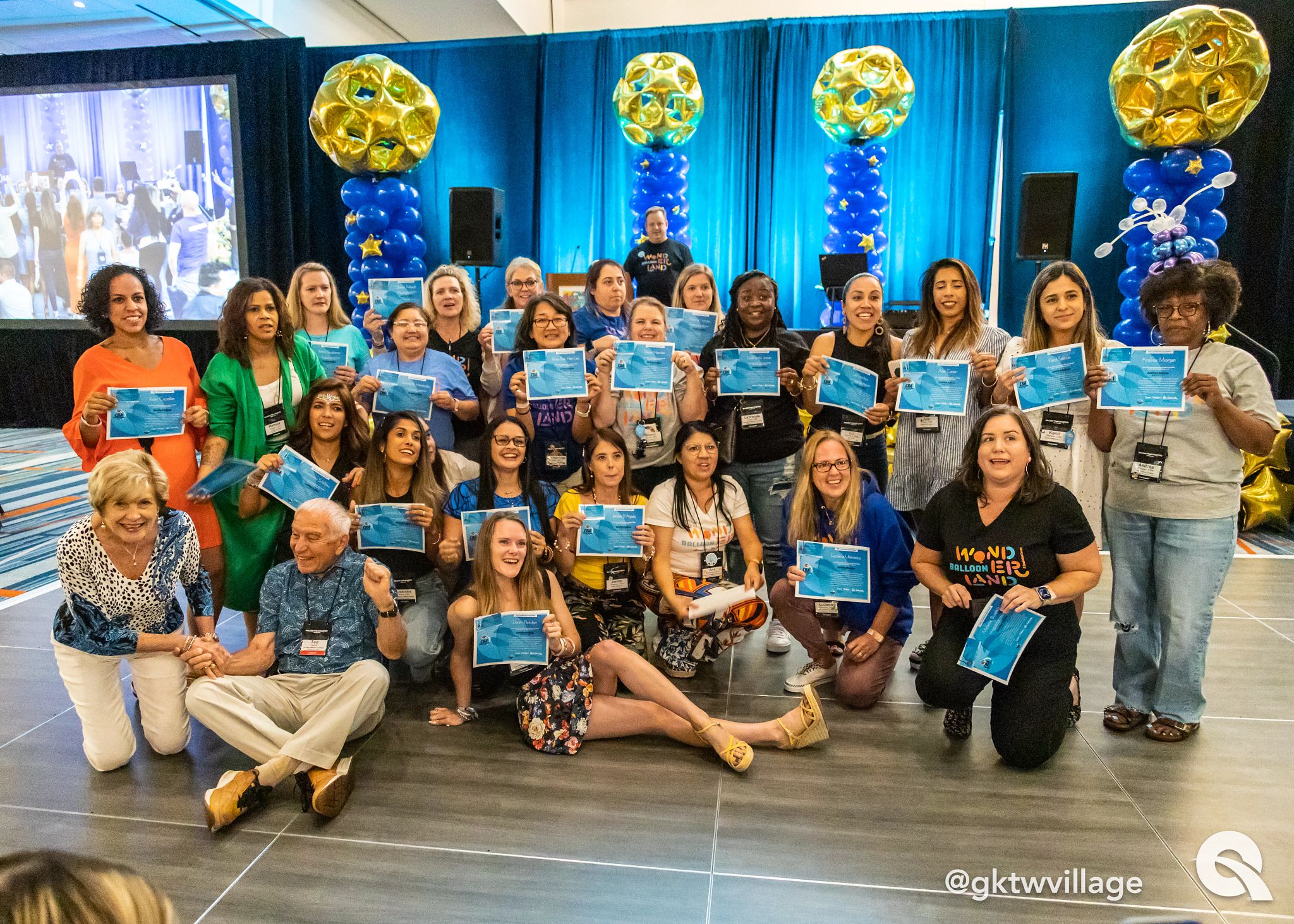